Why understanding a users job to be done can help you build a better solution and how ethnographic studies can help you discover it.

In this episode of Brooklyn Nine-Nine, my all time police comedy (don't judge me), detective Jake Peralta serves us with a double whammy of UX lessons.

We join the two main protagonists at the end of the episode where Amy Santiago has been willing Jake to upgrade his 'dumpster mattress' so they can live together in harmony. After much resistance, Jake agrees to the purchase and in a 'big romantic gesture' and attempts to make the purchase.

As Jake gives the audience a running commentary of his experience going through the checkout experience the felon is spotted by Amy and just as Jake is on the cusp of completing the purchase he is confronted by an issue in the check-out process. Priorities take over and the two embark on a pursuit as the scene fades to black.

Understanding the job to be done

I think the writer of the episode, Laura McCreary, probably just put down Clayton Christensen's book, Competing Against Luck. In his book, he talks about a man who is also trying to buy a mattress. In that story, the protagonist eventually buys a mattress from Costco.

It segues nicely into Jake's situation where he's already been to stores looking for a mattress. Then in a seemingly spontaneous moment, in the final scene, opts to buy a mattress online.

Jobs to be done at its core is about really understanding your customer in great depth. It elevates these niche motivators and detractors over typical customer segmentation. It positions your product or service next to anything that can deliver the same progress. For example, Netflix's main competitor isn't Amazon prime, it's "enjoying a glass of wine a partner".

This concept is framed as 'Hiring' a product or service to make some sort of 'Progress' in your life.

The online store, in this case, wasn't only competing against the mattress stores but also against flowers, a romantic meal or the jewellers in being able to advance Jake's relationship with Amy. The online store's advantage was it was able to convert Jake into a sale 'in the moment' when motivation was highest. Unfortunately, a simple usability issue probably kills the deal…

When the perp appears Jake's operating conditions rapidly change and the checkout is unable to retain him as a user at all. Assuming nothing further happened this is a lost sale for the online mattress store.

While it's an unusual situation, an outlier, at scale there are probably countless reasons users fully intent on completing a sale abandon their cart.

Many of those will be external factors, events beyond your control. Some too difficult to anticipate but not necessarily too hard to mitigate.

The first thing I would recommend is to get out of the studio and out into the wild. Designing in isolation from your users doesn't expose you to these events and you develop a designer's tunnel vision living entirely in your UI.

During my time at CareerBuilder, our research team led by Tamlin Tromp met users around the US and observed them in their own homes. While most of these sessions were just observations they would bring back a recorded snippet of activity on our platform and the insight was groundbreaking for many who saw it.

We saw mothers juggling children with work and people getting distracted by buzzing phones and the aroma of dinner filling the air.

Our developers became infused with motivation and buoyed by this new found empathy they quickly started firing off ideas to help support people as they were detracted from the progress they were trying to make.

At Popmenu sales would report back what restaurant managers complained their pain points were. But sometimes the most interesting insight was from the sales rep's observations. In one instance a restaurant manager was so busy pounding yam for the day's service she literally couldn't stop while also having a conversation with our rep. Popmenu created solutions that saved their users time by managing their menu in one central place and distributing it everywhere automatically including beautiful print copies for the restaurant itself.

Jobs to be done really champions understanding all the factors impacting a users behaviour in great detail. External factors often impact a user's (a)bility in the B=mat behavioural model to make progress.

You can uncover opportunities to fix this by sharing the observations made in ethnographic studies with your team. 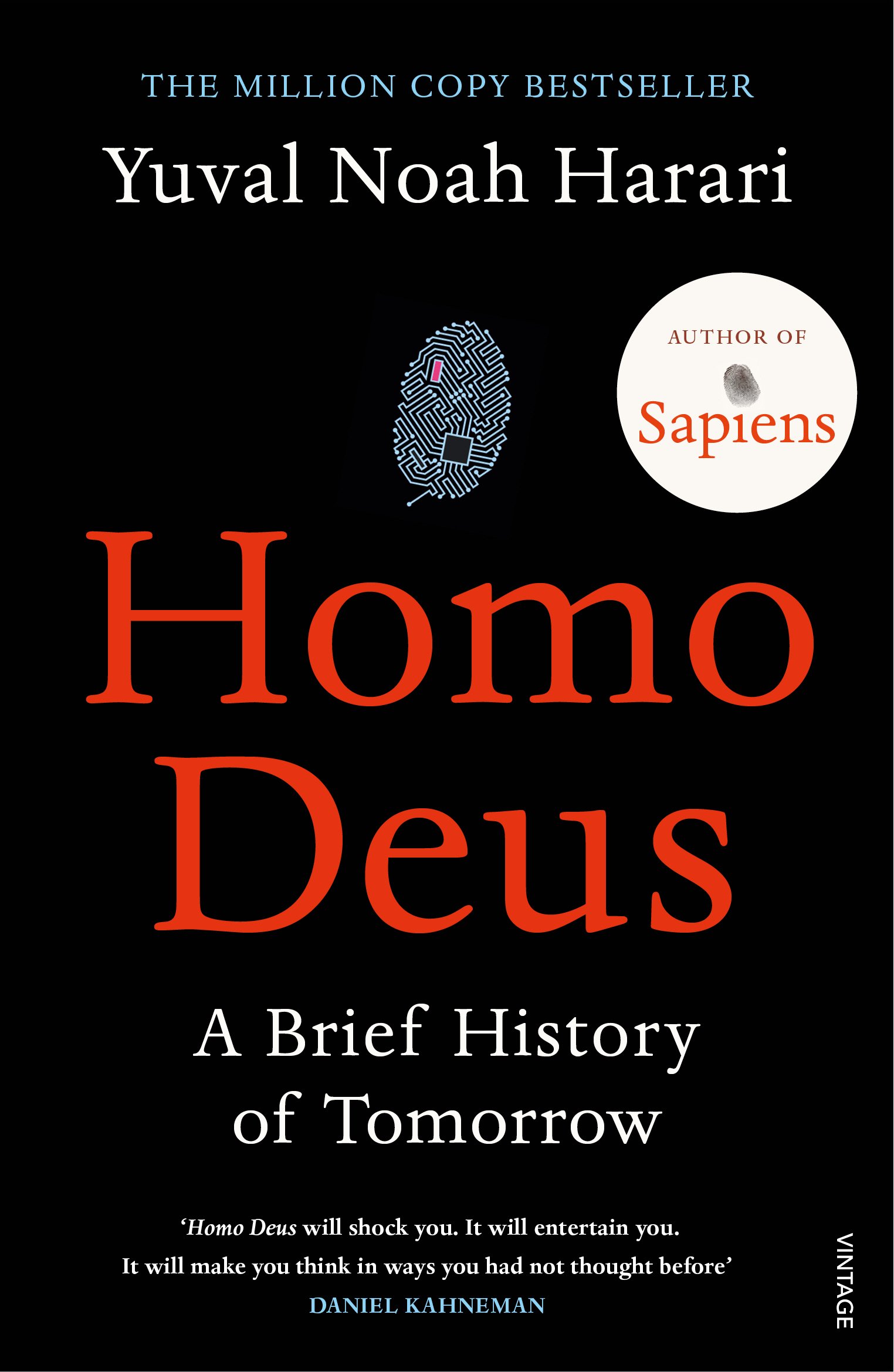 A smart follow up to Sapiens it looks into the future by considering the...

See all my favourite quotes